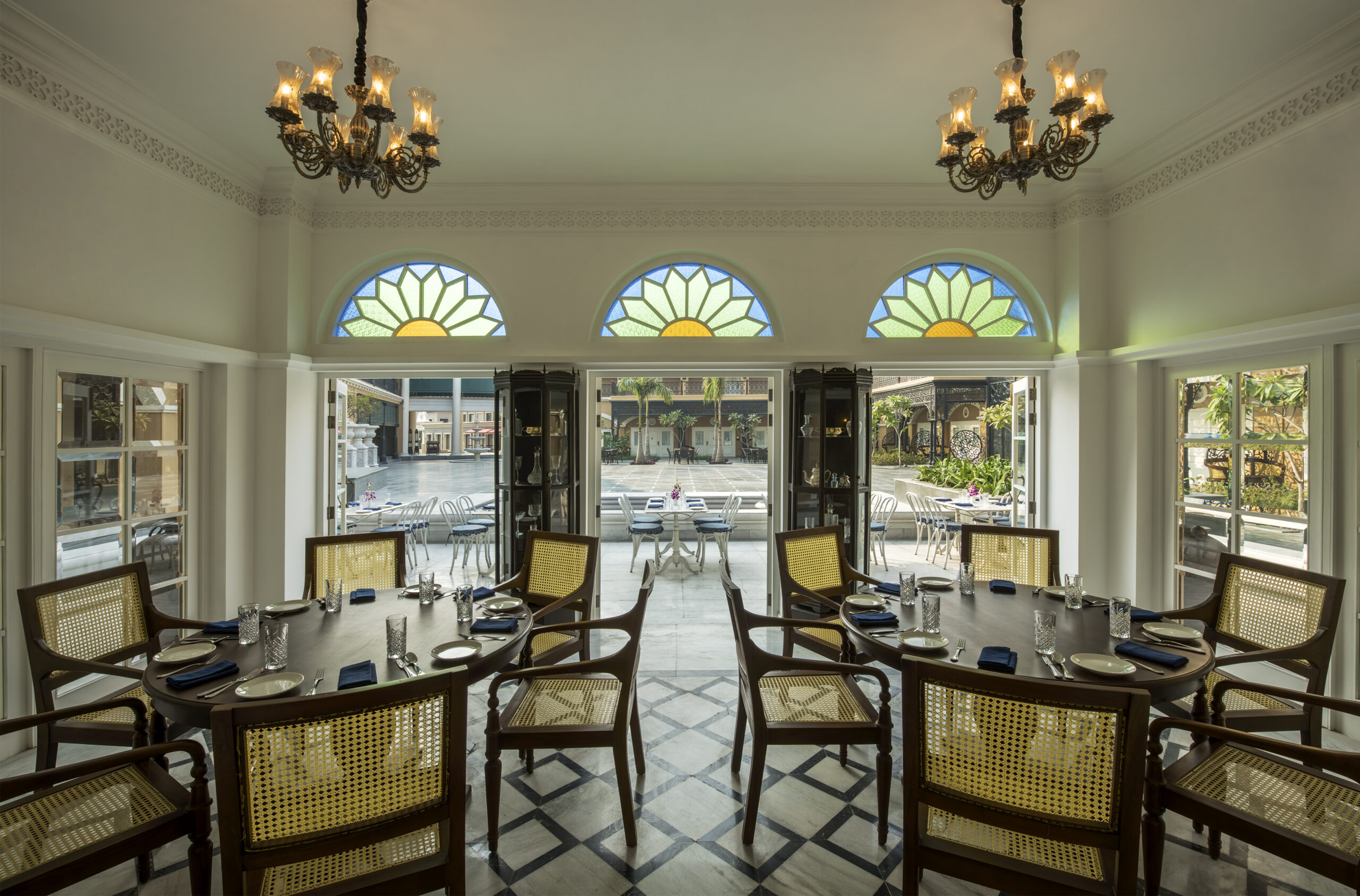 If you would like a slice of the charm of Colonial Calcutta, walk into the East India Room at Rajkutir. Right from the glass crockery to the artefacts as well as the huge haatpakhas suspended from the ceiling it recreates an old world atmosphere.. of bygone finesse.

Look at the paintings on the wall. The anglicized benarasi clad cigarette smoking 20th century Bengali social Diva, the gori mem sahib in lace gown, the sindur sporting Bengali woman talking to the shirt suspended clad ” sahebi” husband and the dhoti clad book worm …such characters all were the forerunners of Bengal Renaissance. How delightful!

And then the food. True to its name .An eclectic mix of colonial imperial cuisine of Chicken A la Kiev, Tetrazzini and Baked Alaska with the delights of Murgi Pulao and Dak Bungalow mutton! Combined with the hospitality and warmth of silver service will transport you to a world you would love to slip back to from time to time.