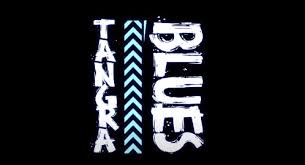 I was introduced to Director Supriyo Sen through his award winning documentary film “Way Back Home”, which although, is a deeply personal journey undertaken by the director into the psyche of Partition and enforced displacement , it expands to the broader realm of communalism as a whole and the psyche of violence and the disruption it unleashes.
I had watched the film transfixed, watched it again, and then gone on to watch other documentary films made by Sen.
Each one told a story, a real story…and the story behind the reality.
Each film transported the viewer from the confines of the story to thinking about a broader aspect in its context.

So when I got to know about Tangra Blues, I was naturally inquisitive.
This was a story about the Tangra slums, life therein and how a certain Sanjay Mondal of that very slum who shot to fame on National Television and then, as is, so common, slipped into oblivion.
Mr Sen, at first, made a documentary on their story and named it Waste Side Story and then came the commercial venture along with actor Parambrata Chatterjee and SVF Films.

Through all of this Supriyo Sen tells a story.
A story behind the apparent script of Sanjeeb Mondal (inspired by the real life Sanjay Mondal) and his group of slum children making fantastic music from waste material. Even after losing the reality show named “India got Talent” which had spurred them into fame, they had not allow life to stop. They continued to make music and eventually go on to win another big show.
The point to note is…that they continue to make music… inspite of everything.
This is a story of hope and music
A story of smiling at and with the challenges
A story of the heartbeat that continues to throb
A story that celebrates the spirit of life…
And a story that is inspired from reality.
And as always as in Supriyo Sens films, this story expands beyond the apparent and becomes a story of the socio political economic reality of today.

A story set in recent times, yet intrinsically related to incidents of the recent past ,when Bengal faced its economic ruination and decadence , a time when industry folded up, rendering the highly ideological Bengali working class jobless.
The political regime has changed since them. And yet, Bengal is still reeling under its impact.
Industry is yet to come back the way it needs to. The youth are still not gainfully employed. Unemployment still pains us.
The educated middle class are still shifting their base away Bengal in search of better life opportunities and the less educated fall prey to nefarious activities

Tangra Blues draws our attention to this point. The grim reality of the everyday existential struggle that is there and in our faces , the moment we step into the interiors behind the apparent main roads
A reality that we tend to push under the carpet.

It is this reality that needs to be addressed and as fast as possible.
Redemption is needed.
And a brighter future needs to be in the line of vision.
Not just for slum dwellers, who for the lack of gainful employment get embroiled in gang wars.
Every one of us needs to be able to see that ray of hope.
It is perhaps for this reason that the award winning director of documentary films embarks on his first commercial venture.
To reach the larger audience
To address the issue at large.
An organised society would surely be able to pick up talents such as these and assist them to establish themselves
An organised society would be in a place to educate its youth and offer them employment opportunities so that they would literally have better things to do instead of gang wars.

We look forward to that day!